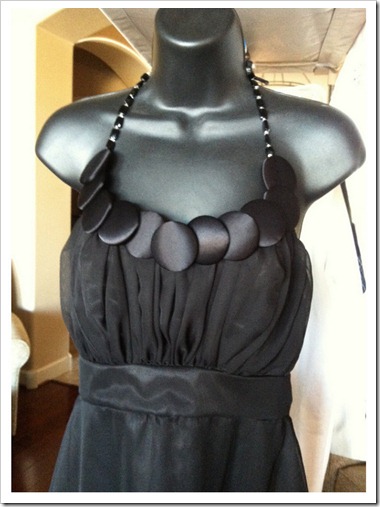 So I have been super busy all week with some big intense custom orders, literally working til 10pm each night, not even time to consider a blog post, but I was taking pictures to post this week.
So it was a nice break to receive an email from one of my clients at the button shop earlier on this week with pictures of the dress she had designed and made herself and finished with a ‘necklace’ of buttons.
She had seen some buttons in my store, but she wanted them to be bigger and asked my opinion on what fabric to use after she explained she was using satin with a chiffon overlay, so I suggested the black silk charmuese, a satin effect but with a warm gauzy glow rather than a harsh sheen like poly satin, with would replicate the gauziness of the chiffon.
And here’s then end result, it looks rather fabulous! I hope she has a great time wearing it to her sons wedding. 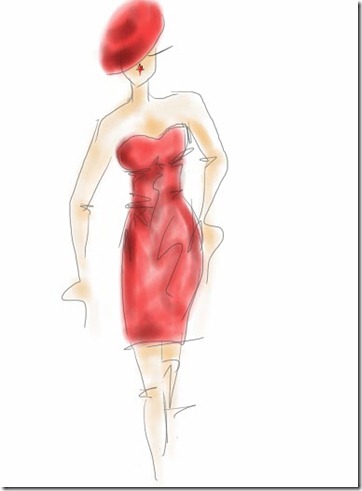 Just doodling with a glass of (red) wine, practicing sketching on the drawing tablet. 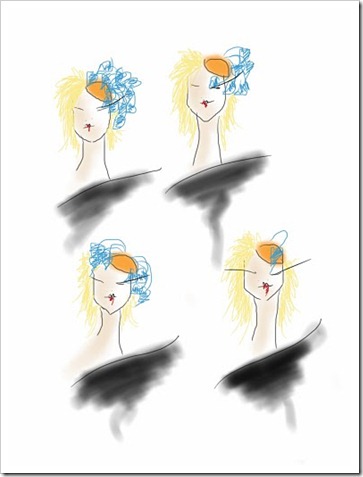 “The” Orange mini base which has been sitting there for months waiting the thing that’s going to finish it, well its going to be finished with stripped bright turquoise coque feathers. Complimentary colours and all that. 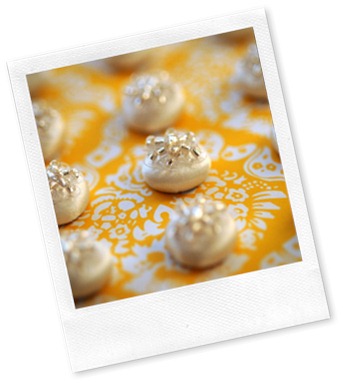 Recently I was asked to re-create some missing buttons from a dress donated to a military bride by Brides Across America.

This is one of the original buttons 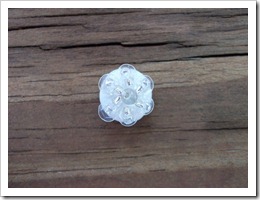 And here are my copies work in progress, 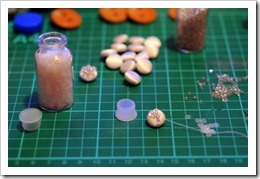 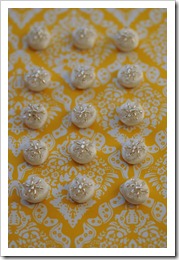 Brides Across America donates free wedding dresses to brides either serving in the military or marrying a serving soldier, as a way of saying thank you for their services. www.bridesacrossamerica.com 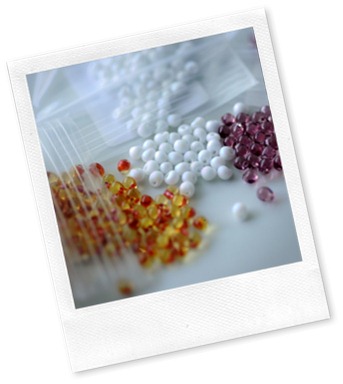 Some goodies came in the mail today! Miyuki Drop Fringe Seed beads, in from L-R: Red Light Topaz, Matte White Pearl and Lavender.
They are tiny, only about 3mmx4mm, but they are perfect for what I need.
I’m going to wire them and use them as handmade glass flower stamen. 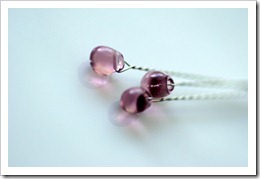 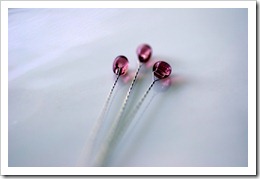 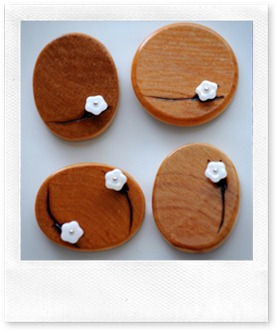 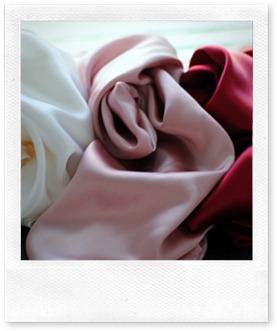 Picked up a few new colours to add to the bridal collection, Dusky Rose and Dark Red, ready for bridal buttons and roses.

A few of my little friends! 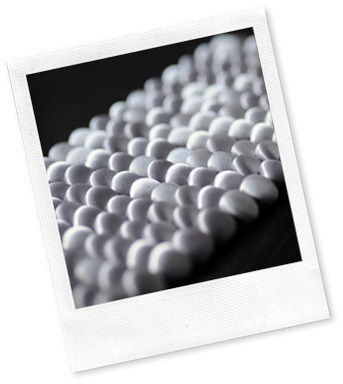 These have been keeping me a little busy lately. Love the way the light has played on the surface of the satin through the blind slats and leaves of a tree outside the window. They are actually a mid silver grey and not so light as the pictures. 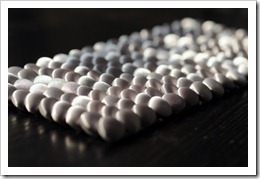 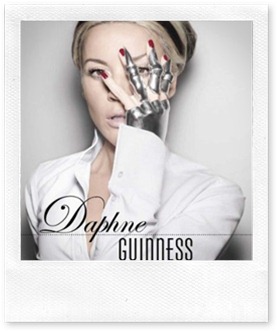 Today I pre-ordered my copy of the brand new Daphne Guinness book by Valerie Steele.
It isn’t available til the beginning of November 2011, duno if I can wait that long!

Considering Valerie Steele is the director and Chief Curator of the Museum at FIT I’m hoping its going to be filled with a bazillion pictures, narrating her life, rather than words narrating a few pictures.

I knew of her, always photographed front row at fashion week, muse to many a designer, wearer of Alexander McQueen Armadillo shoes (not even in her size but worn last minute with toilet paper stuffed in the toes, go on I dare you to even get up on those in your size!)
But the first time I learned about her in depth was the March 2008 issue of British Vogue (how I miss my monthly fix of British Vogue) in a cover story entitled The Incredible World Of Daphne Guinness, where she talked about her life post divorce from the Greek shipping billionaire Stavros Niarchos, her position in the Guinness family, and how she was planning a massive auction of her couture collection for charity later that year, but how she was finding it hard to decide what to part with and what to keep.

Known for her striking platinum blonde and black striped hair, creating a headpiece effect in itself, when she wears a hat, she really wears a hat!
And now she’s the proud owner of the entire collection of the late Isabella Blow’s wardrobe including 50 Philip Treacy hats, many of which were designed just for Blow, to wear as well now too. 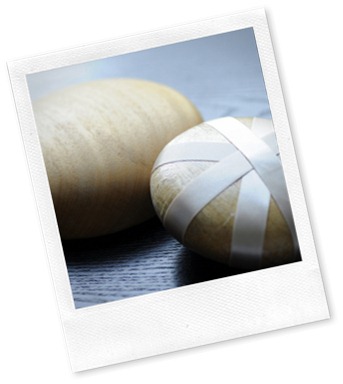 Last month I started a brief post on just a few of my new blocks. Today I’m going to talk about my two smartie blocks.
Both from Guy Morse-Brown in England, the smaller one was a birthday present to myself last year and the larger one was a birthday present from my family this year.
The 4” one I have created my own ‘puller’ to remove it simple from underneath a stiff blocked piece as the edges curve inwards. The ribbon I used is thin enough not to create a raised mark on the outside of the piece. Its knotted tightly over and over underneath to provide something to hook your fingers inside and sharply pull it out.
I’ve made some of my most popular pieces as well as competition winning pieces from it. 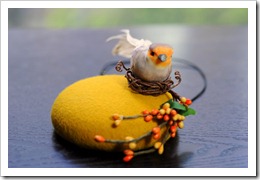 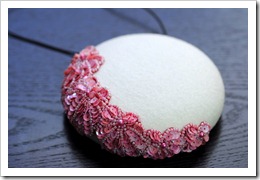 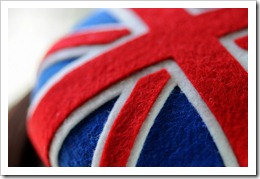 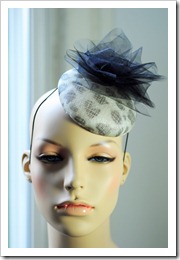 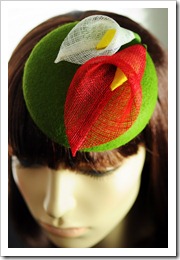 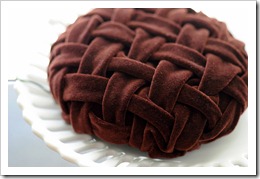 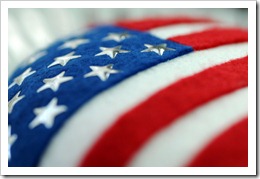 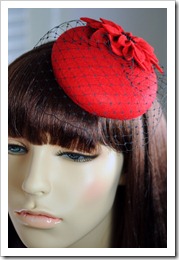 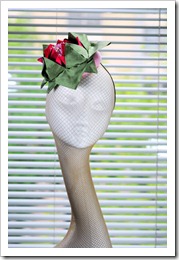 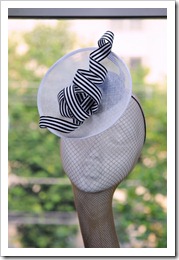 And the competition winning Fame and Glory Ascot mini.

How To Make Flowers with Dennison Crepe Paper 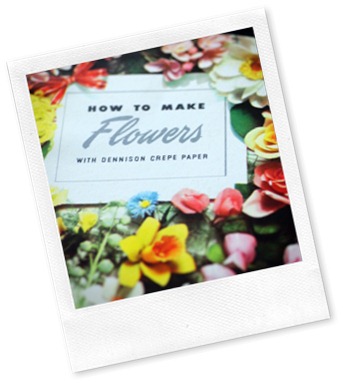 A new vintage book arrived today in the mail, How to make Flowers with Dennison Crepe Paper

Liz
I am a fully qualified fashion designer. I specialise in Millinery, and I like to create using many different mediums using unconventional materials. You can find me here: www.liddesignsboutique.etsy.com and my handmade buttons here: www.liddesignssupplies.etsy.com check out my past work at: www.flickr.com/photos/liddesigns

What do you want to see?